BehanBox (Voices of Sisters, in Hindi) aims to mainstream gender journalism with in-depth, evidence-based research and reportage by bringing the voices of local women and gender diverse persons, especially from historically marginalised communities to the centre of public discourse. They shine a spotlight on existing and widening gender gaps with a critical look at laws, policies and data with a gender lens from local to the national level.

Sapno Ka Haq (the right to dream) is a radical idea where dreams and agency are central and inalienable rights. Based on the lives of adolescents from rural and semi-urban Bundelkhand, this project produced 6 podcasts and 8 e-zines exploring their aspirations, dreams and realities. The project showcases the structural inequalities and multiple oppressions that exist and govern the lives of young people, especially young girls.

Sapno Ka Haq began with deconstructing UDAYA data for adolescents. Workshops were conducted with young people, where insights from the UDAYA data was presented in the form of a game, “Kaun Banega Data Champion”, which sparked a lot of interest amongst the adolescents. Another session, conducted on the occasion of Independence Day, engaged with young girls who were part of the “Kishori dals” ( adolescent girls groups). The data insights centered around agency and freedom: such as education, access to reproductive choices, group membership, technology and social media, etc. The adolescents who came to these meetings and sessions often wondered how their stories could possibly be linked to the data. Others asked how they would benefit by sharing their stories. Facilitators adapted sessions and settings to ensure that the adolescents had an engaging, yet safe space to share their stories. For example, in one region, one of the reporters realised she was much older than the group of adolescents she was to meet with. Realising that the age difference could cause hesitation in sharing, she engaged a younger colleague to go in her stead. In other cases, if the adolescents were not comfortable to speak at home, or around friends or other members of the community, the facilitators would agree to meet with them either at an office, or a more private space where they could speak, and share freely.

As stories and insights started coming in from the field, they were corroborated against insights from the UDAYA study, creating scripts on topics like adolescent articulation, freedom of choice, or using sports to reverse existing gender stereotypes. Once the podcasts and zines were ready, they were shared with the adolescents who had been consulted, either via WhatsApp or in-person screenings. “The youth loved that we took their stories, and converted them into something so engaging. It was a thrilling experience for them, to have their dreams and ambitions shared with a wider audience.” says Meera, of Chitrakoot Collective. Young girls, especially, were fascinated to learn about the larger data which explained the context of their own lives and freedoms.

Sapno ka Haq has been shared across social media channels like Instagram, Twitter and Facebook. WhatsApp has been a convenient medium to share the podcasts and zines with local networks like journalists’ groups and media houses, local government, feminist activists, groups working with young people like ASHA and Anganwadi workers. A partnership has also been established with Radio Bundelkhand, which broadcasts in MP and UP with over 2 lakh listeners. The podcasts and zines have also been shared with grassroots organisations, as well as international agencies and philanthropic foundations to be disseminated to their partner organisations like Actionaid, Azim Premji philanthropies, Save the Children and Oxfam, among others.

Sapno Ka Haq has received heartening reviews from everywhere. Grassroots organisations and local journalists’ networks were awed by the insight each of the products provided into the lives and dreams of adolescents. Many also found the UDAYA study useful, and look forward to using the sheer magnitude of research it makes available via the newsletters and website. Finally, what moved most people was the realisation that for young people in rural and semi-rural India, especially marginalised girls, their dreams were collective. When envisioning their dreams and ambitions, each of the adolescents were seeing themselves as part of the social change they wanted to bring about in the wider world.

Sapno Ka Haq was created for young people, primarily Hindi speaking, from Tier 2 and Tier 3 towns in India, where resources are hard to access. These resources were created for Hindi speaking teens from lower socio-economic classes in Tier 1 metros as well. The secondary target audience for the project are parents, guardians and teachers of young people who play a significant role in their lives in creating an atmosphere where adolescents can dream and exercise their agency.

Similarly, grassroots organisations and field workers working with adolescents can use podcasts and zines from this project in multiple ways – use the stories to inspire young people, use the data insights to further their advocacy, or use the content of the products to initiate intergenerational conversations in the community. 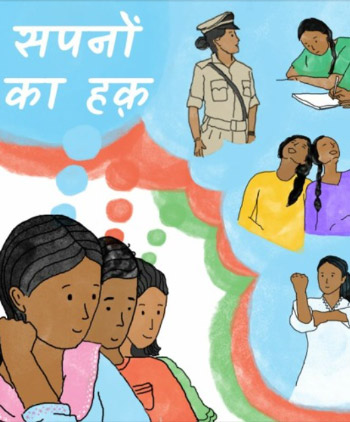 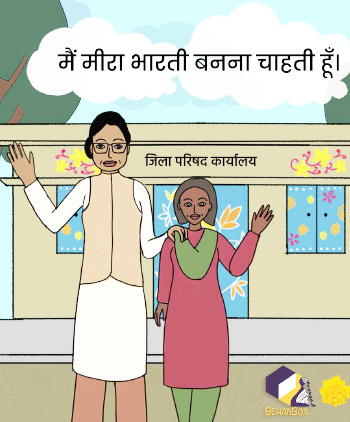 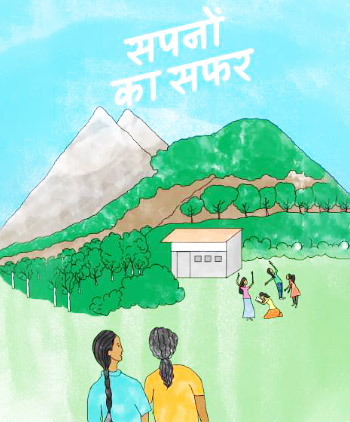 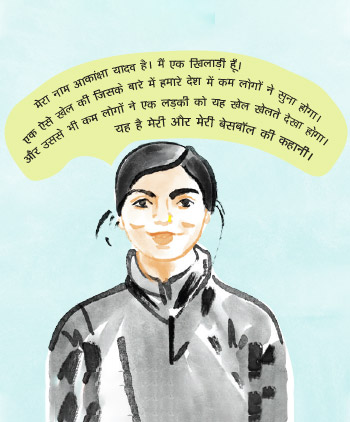 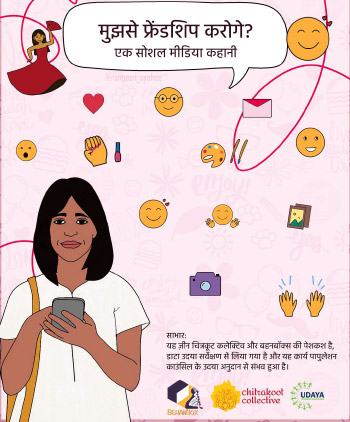 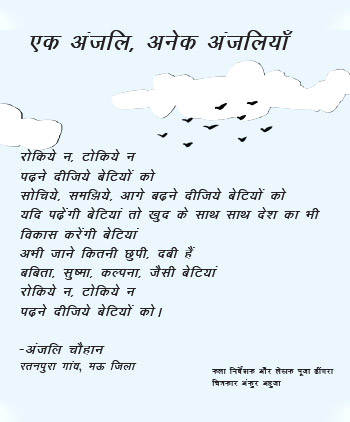 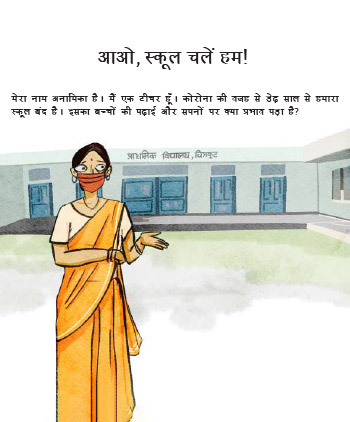 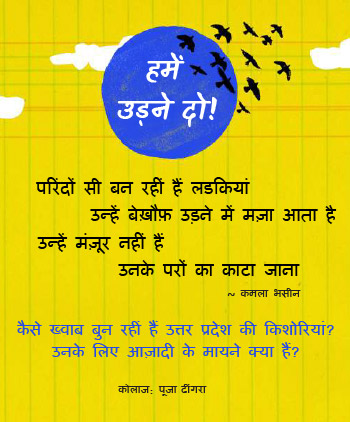 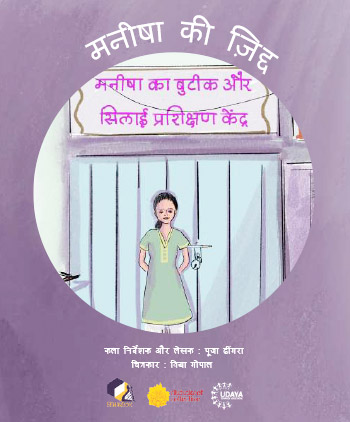