Chambal Media is a digital media social enterprise founded in 2015 by a diverse team of rural and urban media practitioners. Chambal Media was founded with the mission to bring into the digital/internet revolution in India the perspectives and involvement of women on the margins. Chambal Media also trains and mentors rural women as researchers and content creators in remote rural districts. You can see more of their work

‘My Bestie & I’ / ‘Main aur Meri Bestie’ (Best Friend) was launched by Chambal media in an effort to connect with adolescents and discuss issues related to education, agency, livelihood, media & technology, sexual health & sexuality and mental health. The project is designed to meet the needs of adolescents and young people and keeps their issues in focus. Conceptualised in the form of a podcast and animation series, the project shares compelling narratives that are evidence based, in the form of conversations between best friends.

Recorded across Bihar and Uttar Pradesh, Main aur Meri Bestie engages a mix of semi-urban and rural youth and hosts conversations on discussing, and questioning taboos and social norms. The team interviewed adolescents to understand their needs, ambitions and desires. These were then corroborated against specific UDAYA data, leading to the scripts for the final podcasts and animations recorded. The series uses the mediums of audio and animation to facilitate a safe space where conversations and the identities of the ‘besties’ are comfortable and secure. The moderator, who is from a similar background as the main characters, highlights important issues, flags concerns and shares insights and research findings from Project Udaya.

Lakshmi Sharma, the project lead, described the process of Main aur Meri Bestie to be a unique one. “As rural reporters, we usually engage with ‘hard’ news like crime or politics. Working with adolescents was a new, different experience for me. Having the UDAYA data made it even more interesting. For example, the gender angle to education. From our field experience, we know that if the mother is not educated, it affects her children in different ways. The UDAYA data proved this theory of ours with cold, hard numbers!”

Main aur Meri Bestie was very well received, both across online, digital platforms, as well as in-person screenings. Both the podcasts and the animation have been published on Chambal Media’s platforms (Vimeo, Instagram, LinkedIn) and distributed via Khabar Lahariya’s social media platforms, including YouTube, Twitter, Instagram, and Whatsapp. Furthermore, the podcasts have also been co-published on two popular podcast platforms, Kuku FM & Khabri app. Other than this, the podcasts and animations were shared with over 100 women and girls who are currently part of Chambal Academy, and were very well received as the stories resonated with their lived realities. Many had never considered topics like improving parent-child relations and communication, or that even boys face a lot of changes at adolescence. “A lot of people really appreciated that we featured boy besties, as well. So many organisations and groups work with young girls and women, but few address health and sexuality topics for adolescent boys,” says Lakshmi.

While the animation received the most attention and draw on social media, particularly among feminist networks and groups and stakeholders in the space of media, the podcasts appealed more to the adolescents. The themes covered in the podcasts, particularly, resonated, with maximum relatability mentioned. The marriage and motherhood podcast, especially, was considered significant by many. While the general focus is usually associated with physical health and policies, the podcast’s emphasis on mental health and well-being worked as an eye-opener for the audience.

In conclusion, Lakshmi added, “Data is scientific, and so often remains out of reach for communities like ours. Also, studies like this are usually in English. Main aur Meri Bestie took all this scientific language and facts, and made it relatable, and fun, for both adolescents and adults.”

Main aur Meri Bestie was created for young people, primarily Hindi speaking from rural and semi-urban areas in India, where resources are hard to access. These resources were designed to be useful for Hindi speaking teens from lower socio-economic classes in urban areas as well. The secondary target audience for the project are parents, guardians and teachers of young people who play a significant role in their lives. 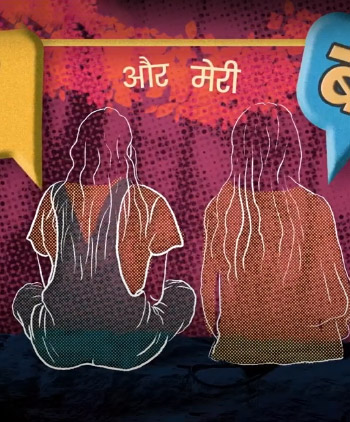 When the folks are on your side, it’s smooth sailing!/Jab mata pita ho saath toh fikr ki kya baat 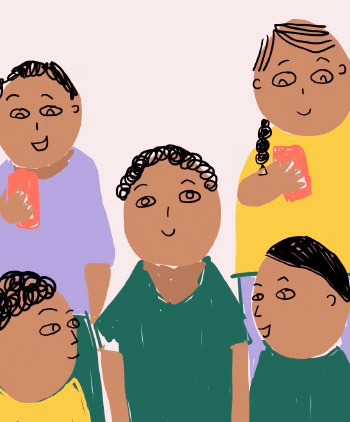 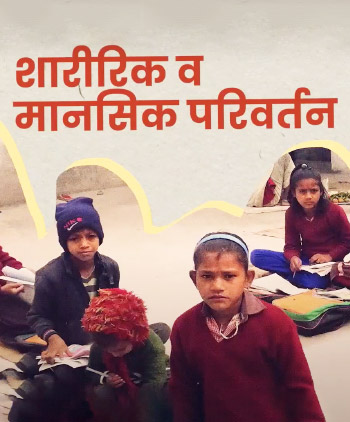