Katkatha is a traveling puppet theatre company which started as an association of like-minded puppeteers in 1998. Katkatha is a puppet theater company that also creates collaborative processes and projects with other artists, communities, school teachers and children. Katkatha has worked extensively in conflict zones like Kashmir, Manipur and Sri Lanka, with Juvenile Remand homes in Delhi, with women’s self help groups across villages in Uttarakhand, Bihar, Jharkhand, Tamil Nadu and Kashmir as well as schools across India. Katkatha has also performed shows across urban slums in India, trained community health workers, village school teachers, youth leaders to use puppets to talk about taboo issues like reproductive health and sexuality, the stigma around HIV/AIDS, gender discrimination and violence. You can read more about Katkatha

How can statistics be used for story-telling? Can puppets and play time go hand-in-hand with awareness and advocacy? The UDAYA collaboration allowed the Katkatha Puppet Arts Trust an opportunity to explore the efficacy of using arts and puppetry to further behaviour change with adolescent boys in Bihar and UP. Katkatha’s project, 13 Anupam Kahaniya (13 Unique Stories), uses a novel medium, puppetry on film, to engage with adolescents and young people, as well as frontline workers (FLWs) working with them. The motive was specifically to intervene in the attitudes of young boys, as well as initiate conversations on the prevailing gender gap and gender inequality.

The project was divided into four phases. The first phase began with sessions introducing and contextualising UDAYA data for the Katkatha team. These sessions were followed by brainstorming sessions to decide the focus and themes for the project. The team decided to focus on issues for adolescent boys, specifically. This was then followed by an in-depth orientation on gender and sexuality. An arts based therapist was invited to conduct an intense workshop which took the team on a personal journey, introducing them to a wide range of themes, such as sexualisation, sexual identity, violence and trauma. The workshop was attended by Anurupa Roy, Avinash Kumar, Asha, Naveen, Anirban, and Preet Kaur.  It helped attendees to decide the focus of their scripts around themes like masculinity, cycles of violence, objectification through media/technology/society, cultural and personal discomfort on sex and intimacy, gender roles and norms, gender based abuse and disempowerment etc.

While data identifies emerging patterns based on hard facts, theatre and performing arts use narratives to identify prevailing norms. In the second phase, the Katkatha team worked closely with Front Line Workers (FLWs) engaged with adolescents (teachers, health workers, members of NGOs) to explore anecdotes and life experiences from the field to ensure that an adolescent audience were able to engage effectively with the data. UDAYA data provided tangibility through facts to the narratives recounted by the FLWs.

Creating the audiovisuals was the third phase, which included using the UDAYA data to validate the anecdotes and narratives used in the scripts, as well as build the curriculum for FLWs working with young adolescents, to initiate discussions with adolescents, children, their parents and the wider community. The scripts and curriculum were prepared, reviewed and adjusted based on feedback from sessions with the FLWs.

Finally, Katkatha also conducted sessions with the FLWs regarding the dissemination and subsequent discussions on the audiovisuals. The final audiovisuals were screened in three rounds by FLWs to children and adolescents in their communities. Despite different difficult circumstances like heavy rains, water logging, flash floods and COVID, the screenings went relatively well, and each round noted feedback and challenges to improve the next. Significant findings from the different rounds of distribution revealed that while children and adolescents don’t readily engage with data and numbers, they’re more willing to discuss and ask questions if data is presented as stories reflecting their own lived realities. Using events like film screenings combined with activities presented opportunities to break the silence around many taboo issues. Modern puppet theatre was novel for the audience, and that if data findings were to impact behavior in childhood and adolescence to make positive changes then continuous multimedia interventions are necessary. Some challenges noted included the fact that there remained a gender gap in participation, following screenings. Also, most of the families in the communities didn’t have android phones, or next to no internet, limiting digital distribution of the content. In all, it was noted that dissemination (and discussion) was more effective when done in small, in-person groups.

FLWs of different organisations and in different roles found the audiovisuals to be powerful resources to have at hand, as they added a fun element to the issues they were already addressing on ground. The content added factual and rigorous data to entertaining and novel ways of addressing difficult topics, especially those considered taboo. Some of the NGOs are planning to lead future projects using the curriculum, UDAYA data and the training provided by the Katkatha team.

13 Anupam Kahaniya has been created as audiovisual resources, keeping in mind children and adolescents, primarily from Hindi-speaking rural and semi-rural areas. They are useful for facilitators and organizations who work on similar issues. The films create a safe space to begin reflecting on sensitive themes and help frame reality in fictional and artistic lenses, providing varied perspectives and insights into growing social problems. 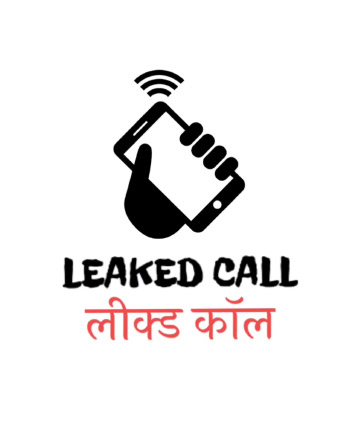 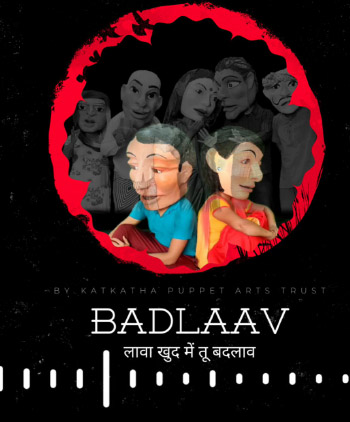 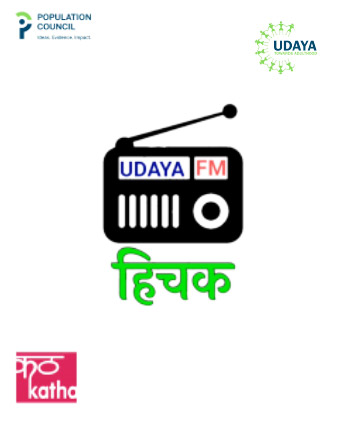 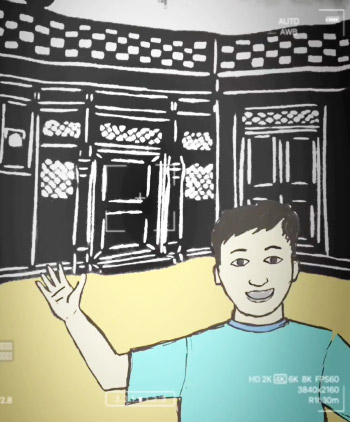 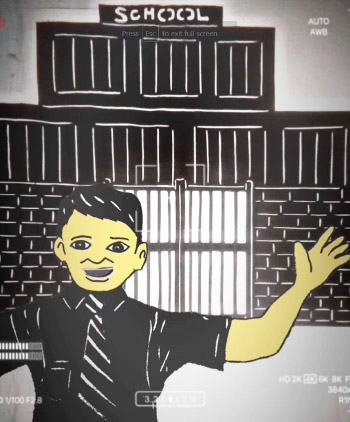 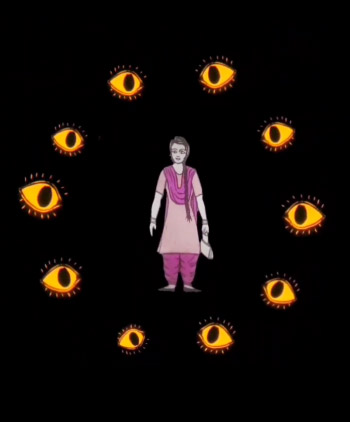 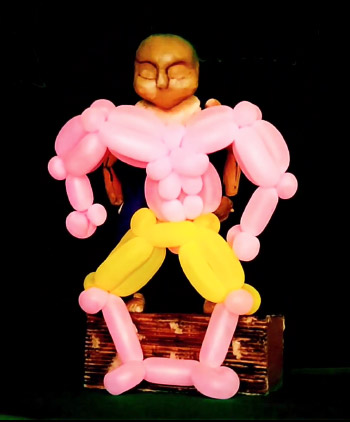 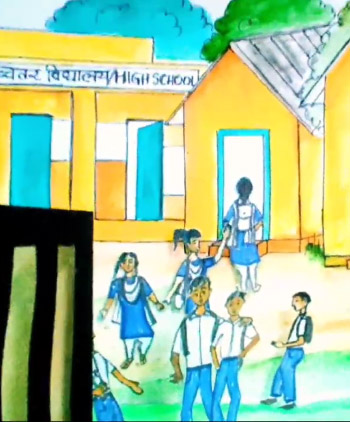 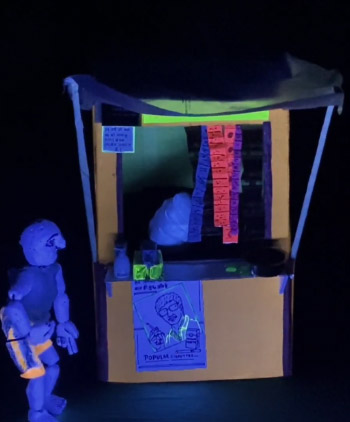 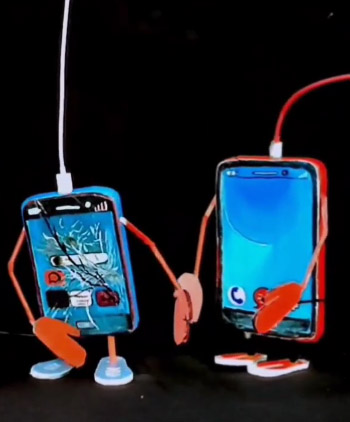 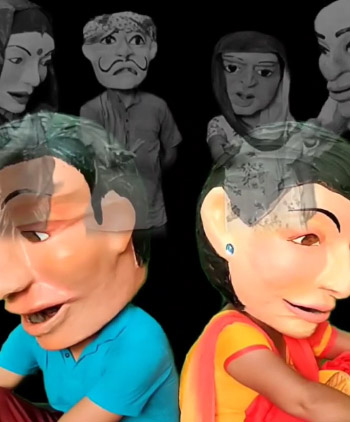 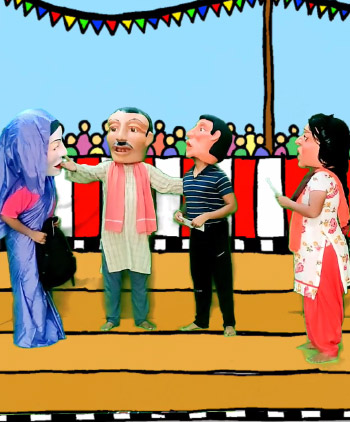 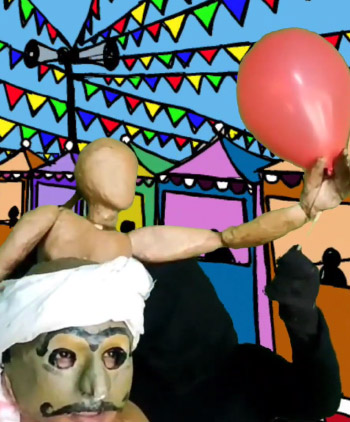 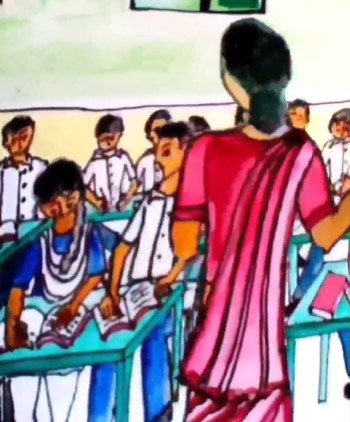 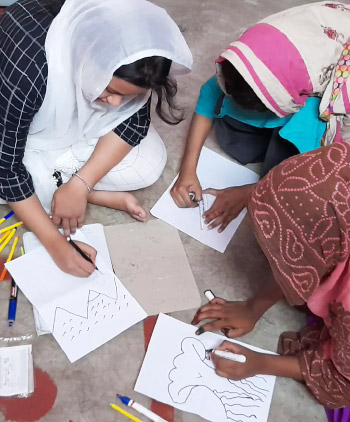